Greg Dillon is the Director of the Fire Modeling Institute, part of the USDA Forest Service Rocky Mountain Research Station’s Fire Sciences Lab in Missoula, Montana. He is trained as a Geographer and Ecologist and spent 10 years as an analyst in FMI before becoming Director.

Greg’s career has included time in the Southeast, the Pacific Northwest, and the Rocky Mountains. He started with the Forest Service as a cartographic technician on the George Washington National Forest in Virginia in 1995, did graduate and post-graduate research on national forests in Wyoming and Colorado, then worked as a GIS Analyst on the National Forests in North Carolina and the Mt Baker-Snoqualmie National Forest in Washington. He came to the Missoula Fire Lab in 2004 and was the team lead for potential vegetation mapping on the national LANDFIRE project through 2009. Greg then spent a couple years doing research on satellite-derived burn severity mapping before joining the Fire Modeling Institute in 2011. As a Spatial Fire Analyst in FMI, he worked on mapping wildfire hazard and risk at scales of the entire United States down to individual national forests and communities.

Greg is also involved with wildfire incident management. He received his first Red Card in 1993, spent time on Type 2 interagency hand crews in Idaho during the summer of 2000, and started work as an incident GIS Specialist in 2003. In 2015 he joined the Northern Rockies Wildland Fire Management Team where he served 5 years as a GIS Specialist and Situation Unit Leader working on wildfires in Montana, Idaho, Washington, and Oregon. He also serves on the national training cadre for the S-341 GIS Specialist training course and is a member of the NWCG Geospatial Subcommittee and the Northern Rockies Remote Situation Unit.

Away from work, Greg enjoys spending time with his wife and daughters, taking in the arts in Missoula, running and floating rivers in the summer, skiing and playing hockey in winter, and making music anytime.

RMRS Science You Can Use Webinar – Fire severity: mapping past fires and predicting the future, March 3, 2021

LANDFIRE Webinar Series – Where and When are High Severity Fires More Likely to Occur?, December 9, 2020

LANDFIRE Webinar Series - Data, Science, and Methods behind the Wildfire Risk to Communities Website, May 28, 2020 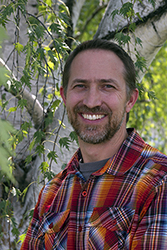